OUR HISTORY and WORK NOW 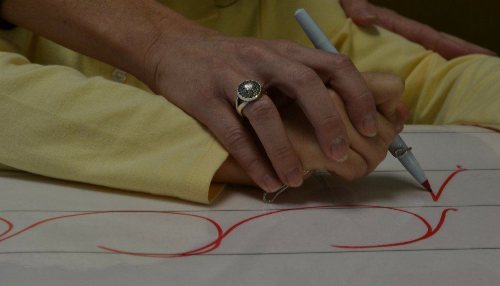 In 2012, NILD was one of two organizations in the US to receive the International Dyslexia Association (IDA) accreditation for meeting teacher training standards in reading. NILD maintains this accreditation today. The IDA standards provide a comprehensive, research-supported documentation of what every teacher needs to know and be able to demonstrate, whether they are teaching students with dyslexia, other struggling readers, or the general student population. The International Dyslexia Association has endorsed our programs for children with reading difficulties… [Read more Endorsements]

The NILD Educational Therapy® model was developed in the 1960s by Deborah Zimmerman, a nurse, and educator. Many of the educational techniques she developed were shaped by her work with early pioneers in the field of learning disabilities such as Archie Silver, M.D. and Rosa Hagin, Ph.D. In 1973, Deborah’s techniques were introduced into a private school in Norfolk, Virginia. In 1982, the Norfolk Institute for Learning Disabilities was established as a 501(c)3 charitable organization under the direction of Grace Mutzabaugh. As NILD’s influence broadened, the name was changed to the National Institute for Learning Disabilities.  Read More… 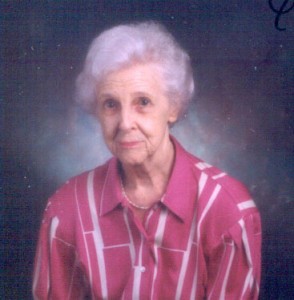 We owe a debt of gratitude to the author of NILD methodology, Deborah Zimmerman (1912-2005). Deborah Zimmerman was born on December 29, 1912, in Burnham, Pennsylvania, the ninth of ten children. On a personal mission to experience more of the world, she left her small town and moved to New York City. Later, in 1932, Deborah graduated with a nursing degree from Philadelphia General Nursing Hospital. She had developed an interest in helping those with physical disabilities. She sensed a certain indistinct call upon her life but no clear direction as to specific details. After graduating, she worked as a private duty nurse and found herself employed by a wealthy family in Manhattan who had a grown daughter with a neurological disease. This caused spastic paralysis and appeared to be life-threatening. Neurologists insisted that the young woman would never recover. Deborah realized that the physical therapy the young woman was receiving twice a week was not sufficient to overcome her profound difficulties. More stimulation was needed. A contract that began as a two-year commitment extended to four years of highly intense physical and mental stimulation. In spite of all the professional objections, the young woman began to recover and actually regained her previous abilities. She was no longer an invalid, but a woman who could swim, ride a horse, and even drive a car. This experience convinced Deborah that the brain could be modified and she was determined to follow her convictions.  Read More…

Meanwhile, Grace Mutzabaugh, (1924-2006) another nurse educator, was searching for a program that would help struggling learners in Christian schools. She, too, was passionate to find answers.

Grace was born in 1924, in Columbia, Pennsylvania, the eleventh of thirteen children. Her father and mother were hard-working, devoted parents who instilled Christian values in their children. Early in her life, Grace wanted to be a missionary, deciding that the best way to serve on the mission field was to become a nurse. This was a natural course to follow given her compassionate nature. She completed her nurses’ training during the war while facing obstacles of poor health, misunderstanding of family members, and great confusion regarding her future. It seemed that her failing health was frustrating her plans. In fact, the doctors told her to assume part-time employment for the rest of her life for physically she would not be able to withstand the rigors of full-time work. She was soon to prove them wrong.
Grace’s determination was certainly not factored into the doctor’s diagnosis. Grace remembered the “deal” she had made with God when agreeing to serve Him as a young woman: “It would be so nice if you would let me be a teacher.” (p 23)  Read More…