Parenting Children with LD: From One Parent to Another

I can remember the terrible fights that would erupt on those days that the kids just would not cooperate doing their therapy homework. It could take us an hour or more to do what should have taken 15 minutes. I’d get angry and I’d let them know it. The anger stemmed from frustration because I knew how much that homework meant to their becoming successful students. But my anger only made them dig their heels in further. They became more and more defeated and unwilling to work. Finally, I came up with a plan. 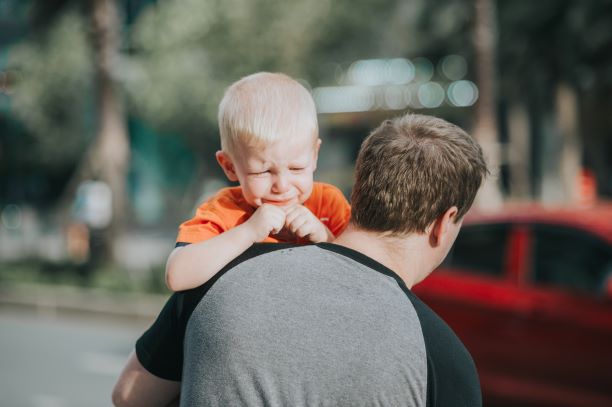 The minute the struggle began to rear its ugly head, I’d calmly (outwardly) tell that child that when he was ready to work, I’d be glad to come back. but in the meantime, I had lots of things to do. They were also told, that until the therapy homework was finished, there would be no TV, no phone calls, no accepting last minute invitations. Then I’d patiently leave the room.

Usually after 15 to 30 minutes they’d come find me and say that they were ready to try again. Of course, I didn’t drop what I was doing – I’d finish it so they had to wait a bit longer. If the battles began to form again, I’d just repeat my action. After that, I never had more than the occasional flare up. They knew the rules and saw that I was firm about them, but not angry. 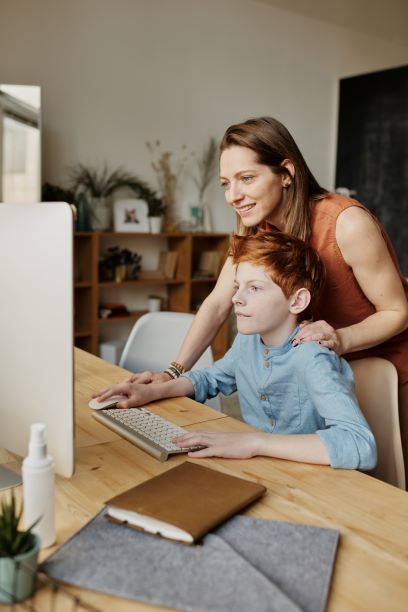 One area I managed to get right from the beginning was consistency. There was never a doubt in my children’s mind that even when we traveled the Blue Book, puzzles, and all therapy homework went with us – except, there was no Rhythmic Writing!

I also discovered booklets called Mind Benders that were designed to cultivate critical thinking skills. I bought the first booklet, below my kids’ skill levels so they would find it fun and be successful. They also became familiar with how they worked. Then I would increase the difficulty level until they felt challenged but not a failure. I was always on the lookout for ways to strengthen their particular weaknesses in a fun way.

I knew that my kids needed something that they could do better than most of their friends. Clark started guitar lessons and Rob started drum lessons. I would give them a star each day that they practiced for 15 minutes. If they practiced for 30 minutes, they got 2 stars. When they had 30 stars, I would take them out to Dairy Queen for any desert of their choosing – banana splits were most popular. But, after a while, as their skills improved, they didn’t need the stars and continued to play their instruments with enjoyment to this day. I would urge you as parents to keep trying different things whether it’s a musical instrument, a sport, or whatever, that they like and can develop a high skill doing. It does worlds for their self-esteem. 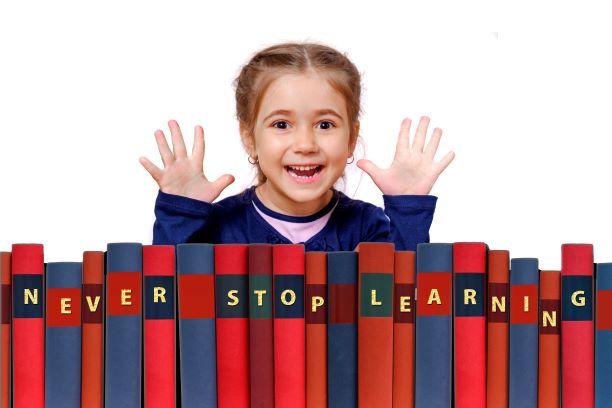 Attitude is everything. We choose our attitudes and our children pick up on them. Attitudes are often non-verbal or indirect in nature. You need to give honest assessment to how you feel about your child having a learning disability. Until you have an honest evaluation of your feelings, you can’t help your child have positive feelings. You can’t hide how you truly feel – they’ll figure it out. From the beginning I talked openly and without embarrassment about my children’s learning disability with them and others. I was sensitive to their feelings when discussing it with others, but I never wanted them to think it was something of which to be ashamed. They also would have questions about why they were the way they were – usually as I tucked them in for the night and prayer time. I would explain that they had a problem learning certain types of information and so you take lessons to learn how to overcome these problems – just like people who have weak muscles must exercise. 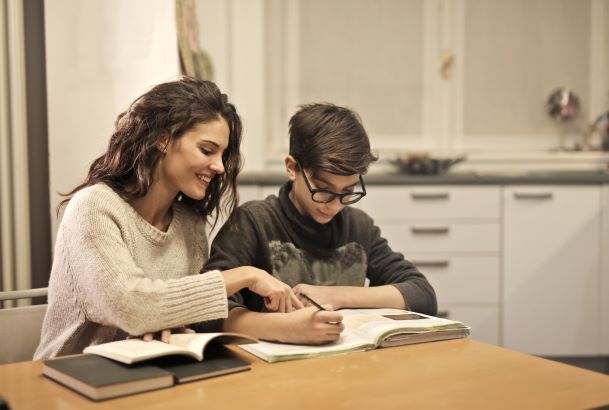 I used to tell myself that God had made them the way they were and I was to trust Him. I’ve known others who think God made them that way and are angry with God for doing it. However, I believe my children have learning disabilities because we live in an imperfect and decaying world. I don’t think God created my children with learning disabilities, but I do believe that God filtered that part of my children through His love and allowed it. All of us have stayed awake at night talking about our child and his struggles and what we can do to help. You may have asked yourself, “Why?” My answer to this daunting question is “because you were chosen by God to be the parent and advocate for that child – a very hard and difficult assignment, which God knew you could handle (and needed to handle).” As parents, we must realize that we can’t get our significance from our child – but only from God. You have children for what you can do for them, not what they can do for you.

God’s Word says, “Train up a child in the way he should go and when he is old, he will not depart from it” (Proverbs 22:6). That verse implies a long process on the part of a parent requiring wholehearted dedication, a willingness to initiate wise courses of action, and discipline for building a solid foundation on which a child’s future may grow. Growing up is hard enough, but when you add a LD problem to the already complicated business, it doesn’t take much insight to know that he or she is going to have some rough times. So how does a parent with a child who struggles with a learning disability apply such dedication and wise planning for their child’s future? 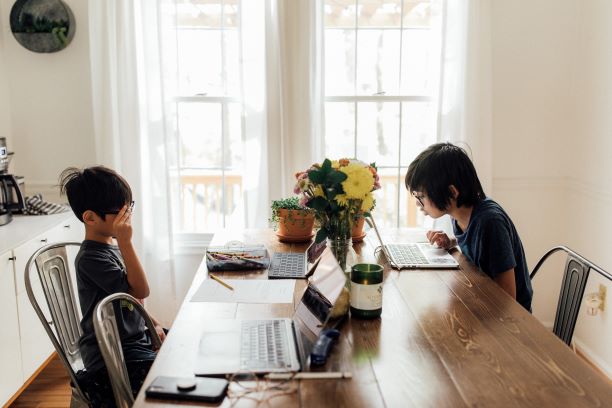 It is very important that we make those rough times and trials “growing experiences” and not “defeating experiences.” As a parent, it is natural to get discouraged and frustrated right along with our child over their seeming inability to measure up to the world’s (and often our own) standard of success. We ache when we see them stumble. Yet God’s Word says that we are to rejoice when we face various trials, for in these are opportunities to help us grow and mature in our faith and character (See James 1:2-4). God doesn’t remove obstacles from our path or give us instant victory over our trials. He knows that if He did, we would miss out on wonderful lessons and the satisfaction of winning a hard-fought battle.

Our attitude toward our children comes across in a myriad of ways. So just as our children need to apply everything they learn in therapy, we as parents must apply the truths of Scripture in our lives to keep a positive attitude, a thankful heart and a winning spirit over our children’s struggles. This will give them a greater sense of security about their lives. So rejoice over your trials and commit your way to God as you and your child put your hands to the plowshare, knowing that it will produce lasting fruit in their character. 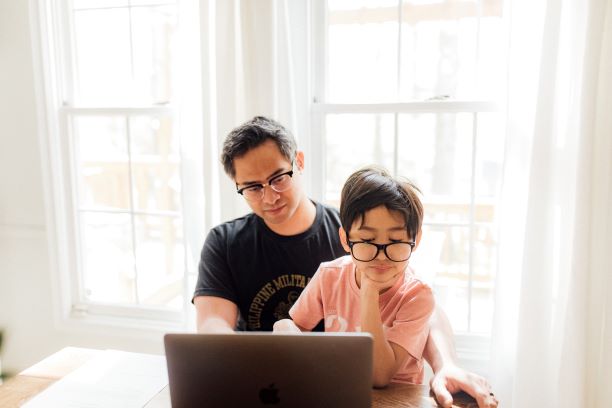 Be Involved in Your Child’s Therapy & School Life

Lastly, to understand the issues your child is facing with his or her learning disability, be an active observer and participant in their therapy and school life. NILD recommends that parents observe their child’s therapy sessions on a regular basis. One of the benefits of observing therapy is that you learn new skills for yourself while watching the educational therapist in action. You also arm yourself with the right knowledge when your child comes home and claims he or she doesn’t have any therapy homework or that his educational therapist doesn’t require him to do the work exactly. Moreover, get to know your child’s educational therapist and ask them questions when you have them.

If you can, volunteer at your child’s school so you get to know the teachers and help them get to know you. I had many opportunities to pass along one or two sentences about my children that enlarged their teachers’ understanding of them. Furthermore, if the children came home with a story about a teacher that, if true, was disturbing, I made an appointment with that teacher to discuss the issue. This kind of involvement never produced anything but positive outcomes. Then, on a level that is suitable for your child, begin teaching them how to be an advocate for themselves; i.e., how to go to their teacher, present the issue and clarify a misunderstanding or make a request on their own behalf. I did this with my two sons and they were surprised at first when they got positive feedback and eventually approached their teachers respectfully and without hesitation.

“‘For I know the plans I have for you,’ declares the Lord, ‘plans for welfare and not for calamity to give you a future and a hope’” (Jeremiah 29:11). When we help our child face his or her learning disability, we instill important life skills everyone needs to succeed in life. By being positive, proactive and reinforcing we initiate wise planning and guidance for them, impacting the way they feel about their lives and their future.